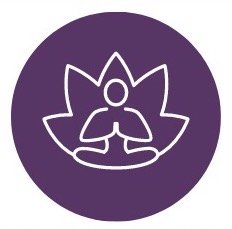 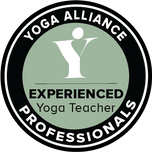 Although now classed as an 'experienced' yoga teacher I trained to be a yoga teacher quite by chance. Like most people I went to a yoga class as part of a gym package and like most people I felt completely overwhelmed. I was this big fat awkward bloke, with such tight hamstrings unable to forward bend, touch my toes and totally confused doing this ridiculous thing called Suyra Namaskar, in a class full of what I thought were skinny bendy people. These were my ‘running years’, I was training for the Paris marathon and always had some injury or another. Yoga was suggested and so began my yoga practice journey.

During a supervision session with a very innovative manager the topic my yoga practice came up. Did I think it would be a good idea to do yoga with young offenders? Yes! Well go and get yourself qualified. My first yoga teacher training instructor, although very knowledgeable, was a complete arse! I would need to sit in ‘dandasana’ (seated staff pose) for a hundred years and there would still be “no hope” and I would have to stop running!

Fast forward many years of beautiful, humorous, bizarre, powerful and insightful yoga courses, trainings (in India and UK), classes and practices, an on-going challenge with bladder cancer and a somewhat amusing approach to life, I’ve reached the autumn of my career as a yoga teacher and earned the Yoga Alliance accolade of ‘Experienced Yoga Teacher’ and Minded Institute - Yoga Therapist.

My early career began as a chef, not out of choice - I wanted to study music, art and drama, but it was the winter of discontent, power cuts a you needed to have an apprenticeship according to my parents. This was rather odd as my mother was an actress and my wonderful dad was a pianist and painter. So I thought I’d choose a career that would piss them off! That backfired and I actually enjoyed and was very good at being a bastard chef, spending time working in France and some of London’s finest cafes! However, there are only so many late nights, hot sweaty kitchens, shockingly inappropriate behaviour one can have in a lifetime and I decided I needed to get out. I trained as a teacher, youth worker, studied two degrees, worked in the voluntary sector with homeless people and drug users in London and Southend and then found myself working in criminal justice. There I remained, save for a foolish attempt at running a restaurant for a while, until I took redundancy and early-retirement to set up my own self-employed yoga and yoga therapy practice!